The Depot, completed in 1903 by the Chicago, Burlington & Quincy (CB&Q) Railroad, replaced an earlier wooden structure.  In 1990s, a group of citizens formed Save Our Depot, Inc. (SOD) to avert demolition of the Depot by the Burlington Northern.  SOD restored and preserved the Depot by securing numerous grants and in-kind donations.  The restored Depot was rededicated as a museum in December 2003 to celebrate its  100th anniversary.

The Depot building is architecturally significant due to its Richardson Romanesque Revival Style which influenced the first Chicago School of Architecture and prominent architects such as Louis Sullivan and Frank Lloyd Wright.  Key design preserved in the Depot include recessed window arches, polychromatic use of two colors of stone, hip roof, arches that sit on the columns and stone stringer courses.  For this reason, the Depot is listed on the National Register of Historic Places. 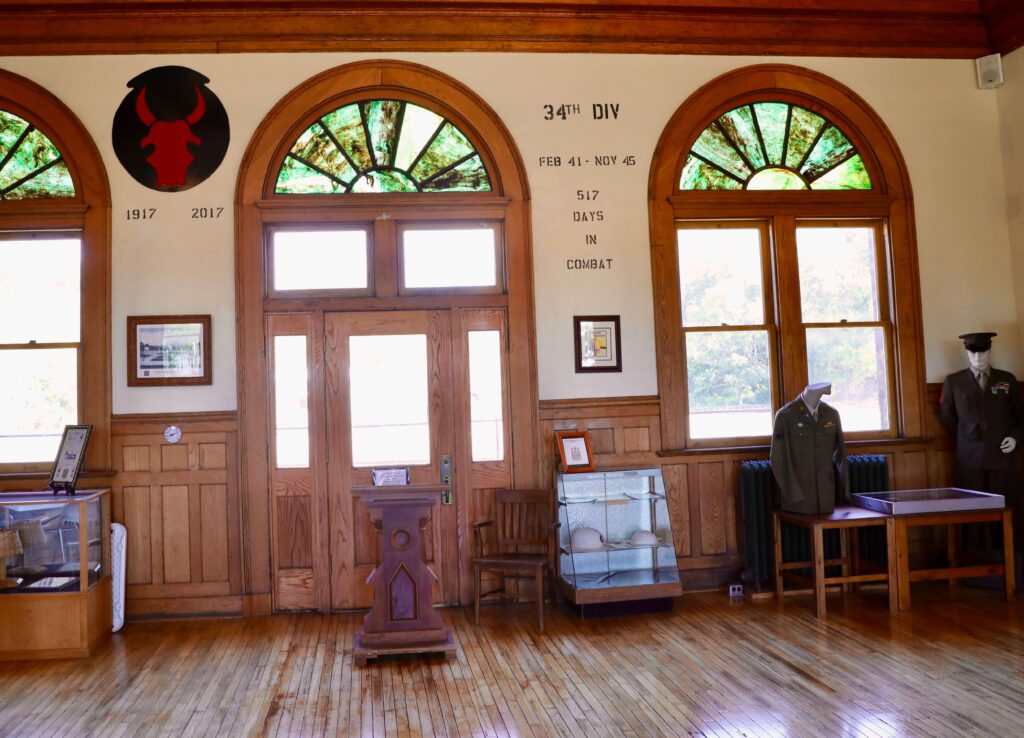 After Iowa became a state in 1846, railway investors competed to identify the most advantageous routes across the state.   A survey in 1854 laid out a rail line from Burlington, IA, to Plattsmouth, NE, including a stop in Red Oak.  By 1869, trains were rolling, and Montgomery County boomed with new businesses and settlers.  The original rail center in Red Oak was just south of Market Street.  As steep grades and seasonal floods proved difficult, the railway moved the main line four blocks south to a 35-foot bermed “high line” which included double tracks.  Even with several ownership changes – CB&Q to Burlington Northern (BN) to Burlington Northern Santa Fe (BNSF) – Red Oak’s line carries hundreds of rail cars daily, including Amtrak. 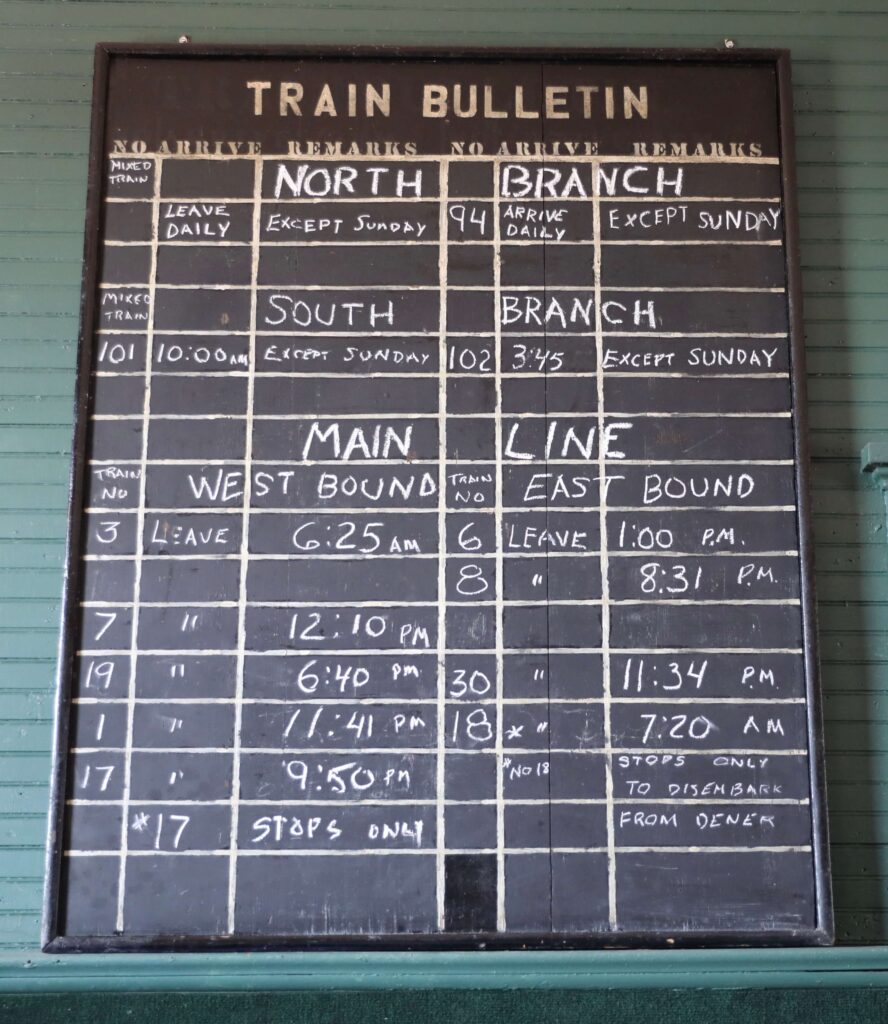 Men and women from Montgomery County have served their nation well since the Civil War.  The County always responds when called, and it has paid a heavy toll in the wars in which its people have served.  Over 1,100 people from Montgomery County enlisted for active duty during World War II in all branches of service, the numerous civilians who served on the home front.  The soldiers, then in the 168th Infantry Regiment, 34th “Red Bull” Infantry Division, embarked and disembarked at the Depots in Red Oak (Company M) and Villisca (Company F).

In a 1946 Saturday Evening Post article, writer Milton Lehman stated, “Fifty men of Red Oak died in World War II, making it one the highest mortalities any town in America has suffered.”  Life magazine also reported on the great loss Red Oak suffered in North Africa, especially in the Kasserine Pass Battle.  The Depot Museum exhibits are dedicated to honoring all who served by telling their stories and preserving artifacts related to their sacrifices. 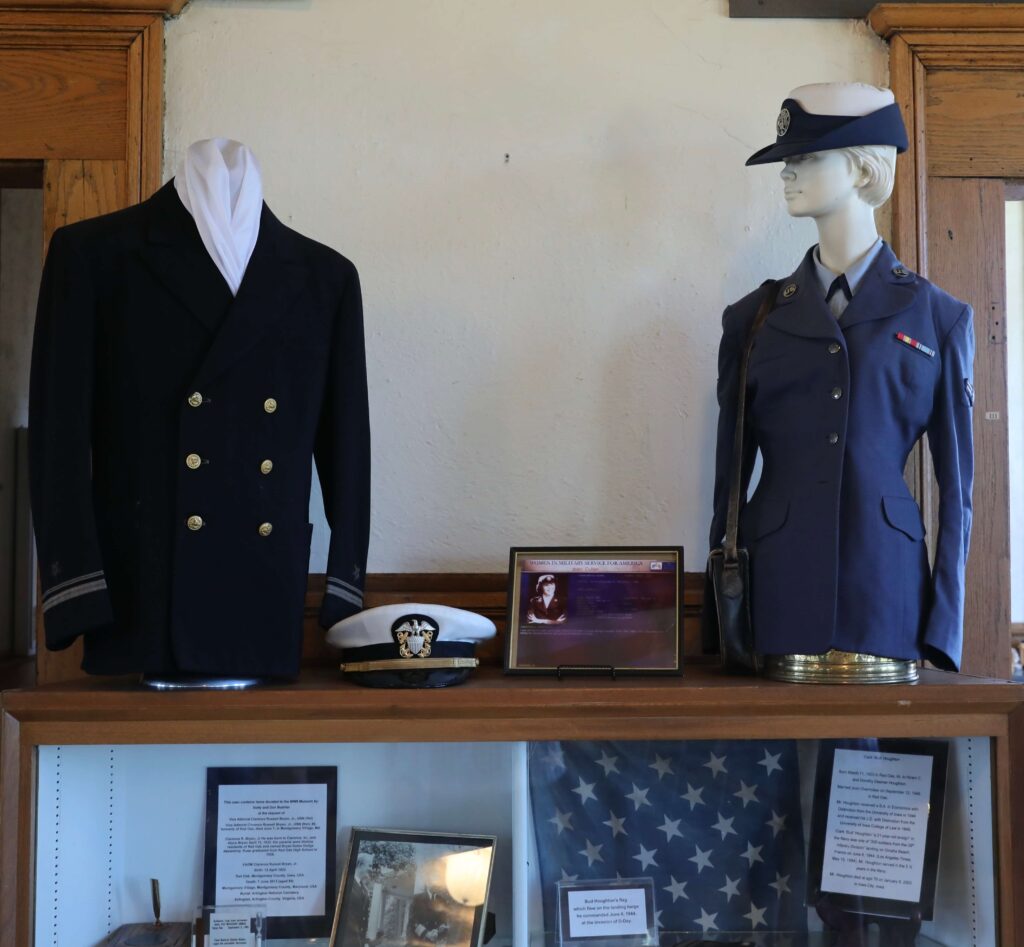